The Economy is Alive Because a Variety of Jobs 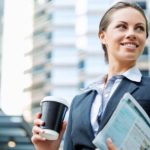 We may not realize it but general labor is great for business of all sorts. It may seem that general labor is in traditional sectors such as agriculture, construction, & landscaping. Many may even have realized that general labor is present in the restaurant and other industries as well. But the truth is that the definition of general labor may spill over into politics, into technology, into the general business sector and other unmentioned sectors as well. This is possibly so because of the fact the nature of these jobs in these various industries may have similar characteristics with repetitive tasks that need to take place in a more efficient manner to make the world go around in a more streamlined fashion. the type of work might slightly vary from industry to industry, yet the nature of the tasks and the general settings for each individual may significantly vary in only a few specific ways.

General Labor Jobs are Present In Every Aspect of Our Lives

From being able to watch movies by those that were provided by Blockbuster and then disrupted by the entertainment giant, Netflix, to the general packaging of consumer goods other goods needed for the commercial setting, general laborers affect many different aspects of our lives whether we realize it or not. General labor workers are present in the oil and gas industry, they are present in the sports entertainment industry, they are present in our groceries and in the homes of celebrities. They are present in the offices and warehouses of tech giants the world over. They ship you your various products delivered by Amazon, they deliver it to you within two days and after a couple of clicks from your device. They may mow your lawns and conduct general landscaping at your place of worship and business, they may clean your homes and offices, they may even be present in other areas that we may have not even thought about as well.

Just recently, a story appeared on a prominent news site about individuals who are hired as general laborers to clean unwanted material from social media sites. That may seem as a startling revelation but it makes a lot of sense. Someone has to be there to keep our viewing experience in our different social media feeds moderately clean and friendly so that we may be able to interact and have a great time with our friends, family, and acquaintances in the online world. As demonstrated above, the position or rather, the role of general labor is spilling over into many an industry as more techniques become automated and much more sophisticated than in the past. As such, more individuals can turn to the gig economy and on-demand economy to earn various sources of income, as such these individuals turn into general labor workers in a sense as well.

General Labor Jobs Can Act as a Means to Prominent End

Yet being able to flourish with general labor jobs denver co and other prominent cities across the United States of America and other places in the world can provide a path to a much better future. General labor jobs can help individuals such as Alexandra Ocasio Cortez go from a waitress to someone who is a prominent speaker in the halls of government. She and others are able to make their voices heard and be able to represent a variety of the population because of the fact that they took on opportunities and kept on progressing. They dreamed and then they worked.

They dreamed and then they worked. They continued the cycle, had hope and kept moving on. It is said that the president of Venezuela was just a bus driver but he too, took advantage of his opportunities and has been able to climb
to the heights of power within the once great nation. Everyone must be able to start somewhere and opportunity resides in general labor and other segments of society which allows individuals to earn and make a difference in the lives of their families whether they be overseas or right near to their own homes. It is certainly in the best interest of nations and states the world over to continue to provide a source of labor for these many people who are seeking opportunities to advance and contribute to society.