A 101 Guide to Getting Out of Jail 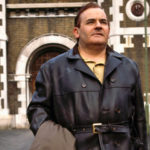 Getting arrested is a terrifying and disagreeable experience, both for the person under arrest and the family or loved one. When someone goes to jail, there is no time to panic. You have to start acting and you need to do everything possible to get the person out of jail. So what do you do?

A bail bondsman minneapolis mn once gave us this piece of advice. The first thing you do is go to see a bail bonding company and see if you can post bail. This is cash or property you pledge to the court as a security that the defendant will return to court when he is ordered to do so. When the defendant returns to court the bail money or property is returned to the owner. However, failure to appear will result in the bail being forfeited and another arrest warrant being issued.

The Process of Bail

The one drawback is that when the court believes the defendant will not return to court, he poses a flight risk and bail could be set very high or denied. However, if bail is set too high, the person can ask for a reduction of bail but this means waiting several days or even weeks for a hearing.

For many people, paying the entire bail amount is hard. This is where a bail bondsman can help. A bond is like an insurance policy, so if the bail is set at $5000 the purchase price is approximately 10% of the value of the bond. A bail bondsman usually requires collateral in the amount of the bail and will pay the bail amount n exchange of the 10% fee. If the defendant fails to appear in court the bail bondsman will keep the collateral to satisfy the debt and may send a bounty hunter after the defendant to return him to jail.

Sometimes, a defendant will be released on their own recognizance. This means he is considered trustworthy and of low risk of flight. In this case, the court may ask for no money or bail. You only need to sign the paperwork and promise to show up at court when needed. Even so, you can expect this process to take at least a day. In that time, the defendant will have to remain in jail.

If you or someone you love has been arrested, your first step should be to check on the bail amount and contact a bail bondsman if you cannot set the full amount. You should also contact an attorney to guide you through the rest of the process. A good lawyer can help you negotiate the best possible solution or he can investigate and further defend your case.