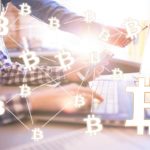 In our climate today there are decentralized blockchain financial networks for crypto assets’ credit market. Networks such as creditcoin allow people to pursue their dreams without the hassle of guess working. They aim to be international as there are about two billion people worldwide with very little to no access to financial services whatsoever. Banks in developing countries often can’t make loans due to insufficient funding and slow adaptation of technology.

Such blockchain networks aim to record every transaction around the world. They would also allow the world to have access to any financial institution whatsoever. In doing so, they are hoping that it will give even those in developing countries access to sufficient housing and healthcare.

The initial experiment for this was Bitcoin with its success in creating $445 billion worth of cryptocurrency. Now other cryptocurrencies similar to it are aiming to turn digital wallets into investment markets. How this works is that miners in the market earn the cryptocurrency by providing the capital to their clients. The miners in turn get paid for the cryptocurrencies that they earn. Hence, the miner’s success depends on him or her investing as many funds as possible into fundraisers. One way in which this helps is by penalizing fundraiser defaults. Cryptocurrencies also help miners to select credit history parameters against certain risk factors.

Considering the current economic crisis, something like blockchain technology is needed to several reasons. It removes the necessity of middlemen between the fundraiser and the investor. Decentralizing credit histories allows for investors to use the system in a way that fits the marketing of their choice. It is self-sustainable between the interest, pay, and save. It also helps to prevent hacker risks by allowing companies and individuals to share their credit history without having to share their personal information.

Blockchain technology has so far seen many successes. It is so far showing to be one of the best new answers to the economic crisis and for the new century. It is, however, not a silver bullet means to an end. It still doesn’t go through without both the fundraiser and investor keeping up their ends of the deal. However, especially the fact that companies and individuals don’t have to provide their personal information in order to release their credit history is a big plus. It reduces the hacker risk down to almost nothing.